In order to protect the environment, Sharp-eyed introduced ISO 14001 Environmental Management System into the company in 2007 and was determined to use only environmental protection-oriented approaches to produce CNC precision machining parts. Sharp-eyed promises to continue to improve environmental management performance, energy saving, waste reduction, and recycling. 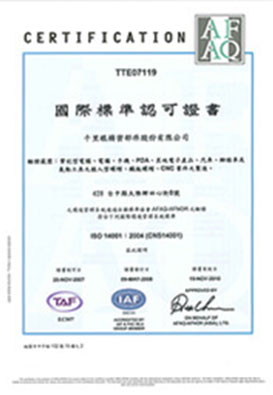 According to International Organization for Standardization, IATF 16949:2009, in conjunction with ISO 9001:2008, defines the quality management system requirements for the design and development, production, and, when relevant, installation and service of automotive-related products.

The aim of the standard is to improve the system and process quality to increase customer satisfaction, to identify problems and risks in the production process and supply chain, to eliminate their causes and to examine and take corrective and preventive measures for their effectiveness. 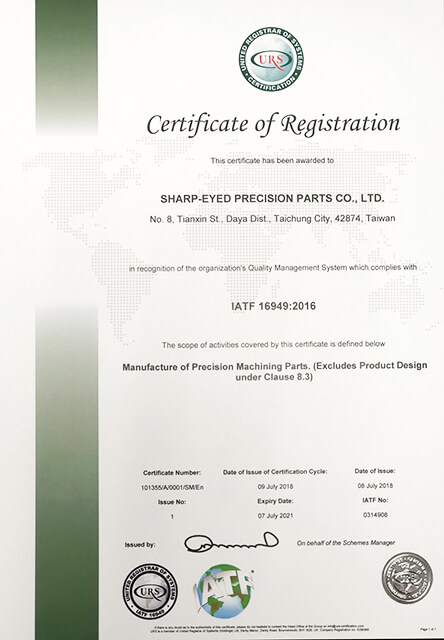 The European Union announced the new RoHS Directive 2011/65/EU on July 1, 2011, which replaced Directive 2002/95/EC issued in 2000. The RoHS Directive restricts the use of lead and other hazardous substances in motors and electronic products. Its purpose is to restrict the use of six substances in electrical and electronic products, lead, mercury, cadmium, hexavalent chromium and halogenated flame retardants (PBB and PBDE) to protect the safety and health of humans and the environment.

In order to reduce the damage to the earth and meet the needs of customers, the precision parts produced by Sharp-eyed Co. can meet the EU RoHS regulations and can provide various related inspection reports.

We use cookies to ensure our website work normally and provide you with the best user experience. By using this website, you agree to the current setting.
I agree